Is your consultant providing value – or an albatross?

Buying in the services of an external consulting firm is a scary business for company executives. How do you really know what you will get? Will they deliver lasting value to your business? Will they enhance your reputation and career internally, or will you suffer the same fate as the avian assassin in the ‘Rime of the Ancient Mariner’: 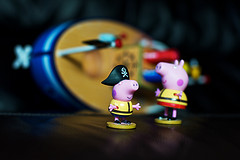 Ah! well-a-day! what evil looks
Had I from old and young!
Instead of the cross, the Albatross
About my neck was hung.
(Samuel Taylor Coleridge)

Business executives therefore have every right to be careful when selecting the right consultant.  Whilst doing so though, they also have a responsibility to take ownership of what happens both during and after the consulting engagement.  Simply ‘bringing in the consultants’ and leaving them to get on with the job in isolation is a recipe for failure.

I love this anecdote about the value that can be gained from employing a good business consultant.  I’ll let the story speak for itself.

In the days when terms like organisation development and process consultancy were relatively new, one of the great gurus was Chris Argyris. (Still is, actually.)

A smallish British firm decided that it had a need for some Organisational Development, whatever that was, and saved up its pennies to buy one whole day of Argyris’s time. The entire board assembled to hear him speak.

Argyris took his seat and was silent. After a while one of the board members stood up and began describing their problems. Argyris remained silent.

Another board member then began to speak. And another, and another… but still nothing from Argyris.

Soon the flip chart had been covered with words and diagrams and everyone except Argyris was engaged in debate.

His silence continued over lunch. At three o’clock the managing director had finished an elaborate diagram of a current problem and Argyris stood up, went to the flip chart, and picked up the magic marker left by the MD.

A hushed silence fell on the group.

Argyris capped the magic marker, and as he replaced it in its trough said: ‘You know, if you don’t put the caps back on these things, they dry up.’

And that was the last thing he said.

(Valerie Stewart, The David Solution: How to Reclaim Power and Liberate Your Organisation, 1990)

The Moral of the Story

A good consultant listens to the customer more than they talk.  We were given two ears and one mouth; therefore we should use them in that ratio.

This consultant provided the best possible service to that he could that day.  Not through ignorance or laziness. Rather through the insight developed during the day:

The key consultancy skill Argyris demonstrated here was to recognise that the group already had everything they needed in the room to make the business change – i.e. themselves (and a flip-chart).  He realised that empowering them to solve their own problems would ultimately provide the longer term benefits they were seeking.

The value he provided that day was based on him keeping his mouth shut!

How inappropriate would it have been to try to justify his consulting fee by taking control of the air-time – what would have been achieved for his customer?

What do you think – was the consulting fee charged, money well spent?

Do you have any consulting ‘shaggy dog’ stories to share?